The Faith Community international evangelical church addressed us with a request for consultation whilst already looking for rental premises. After a series of failed negotiations and masses of difficult-to-adjust rentals, an unexpected jewel appeared at one of the courtyards in Prague Letna. An impressive but lifeless trilobite-shaped hall, built for the Central Committee of the Communist Party of Czechoslovakia. The fragility of a 'rented church' reflects in the fragility of its symbols. They reflect a thin line between a simple auditorium and a place for religious acts. In the spirit of evangelical tradition, where a church without people is no longer a church, the symbolism is limited to a detachable cross from a picture frame and the central projection. The proposed seating plan emphasizes the community's equality and intimacy. The colour scheme illustrates the belief that despite all complexity, some life decisions in terms of eternity remain clear. 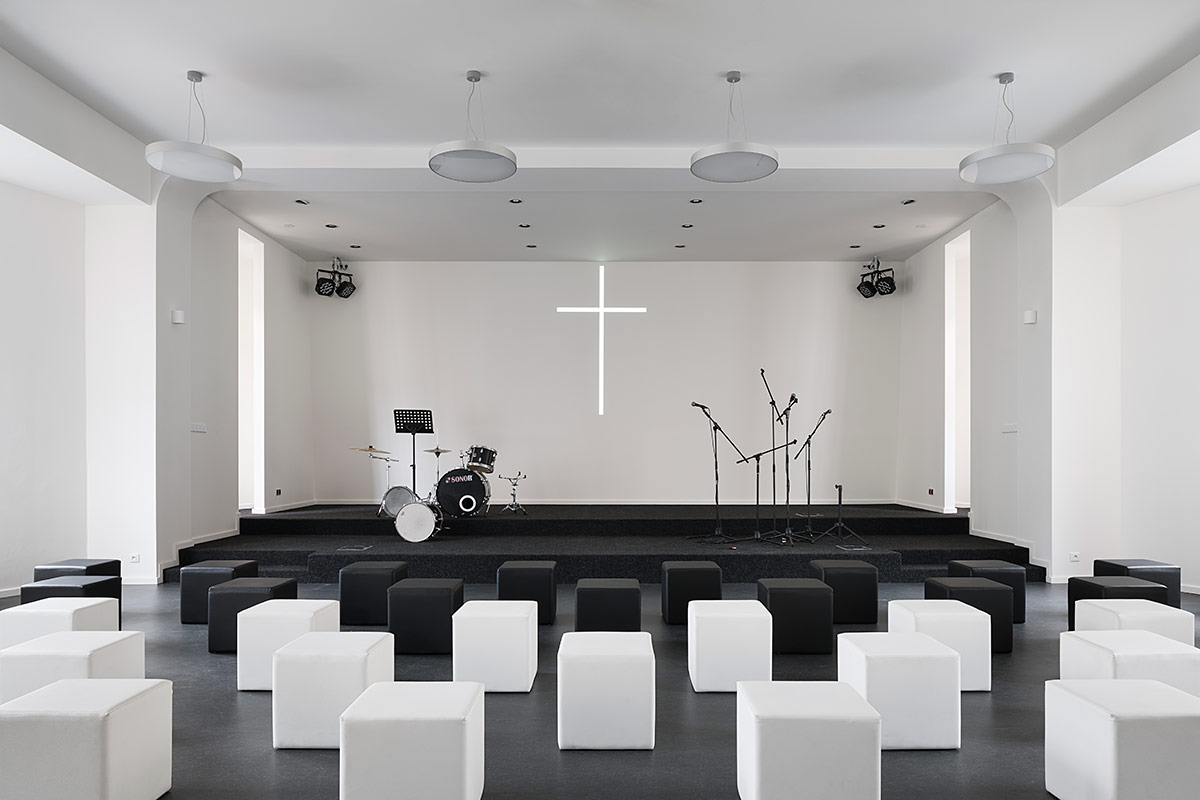 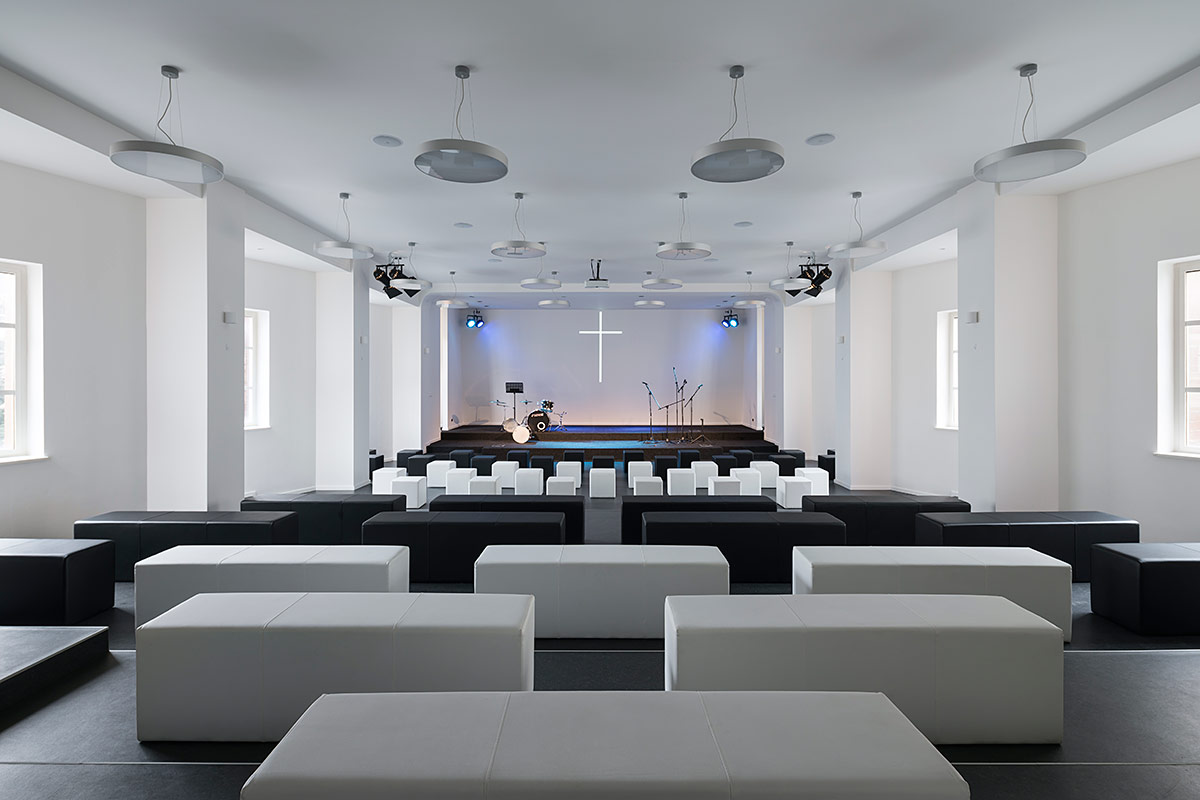 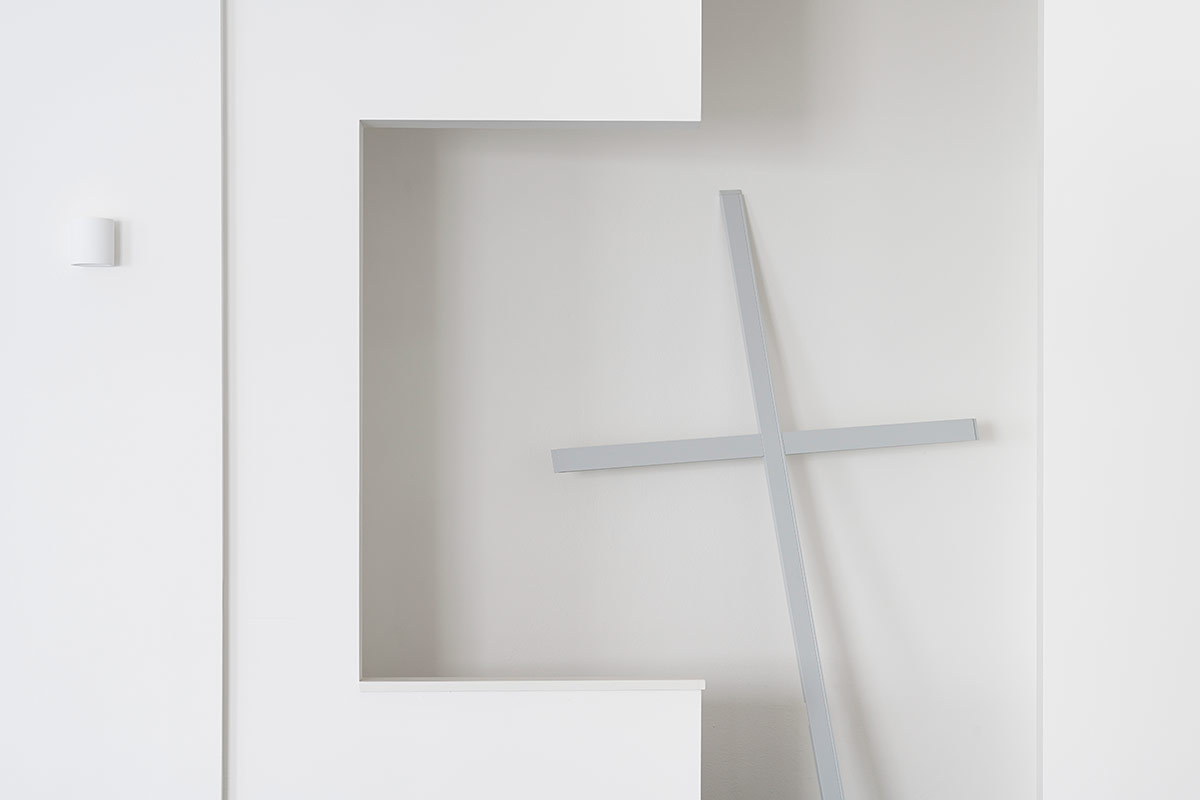 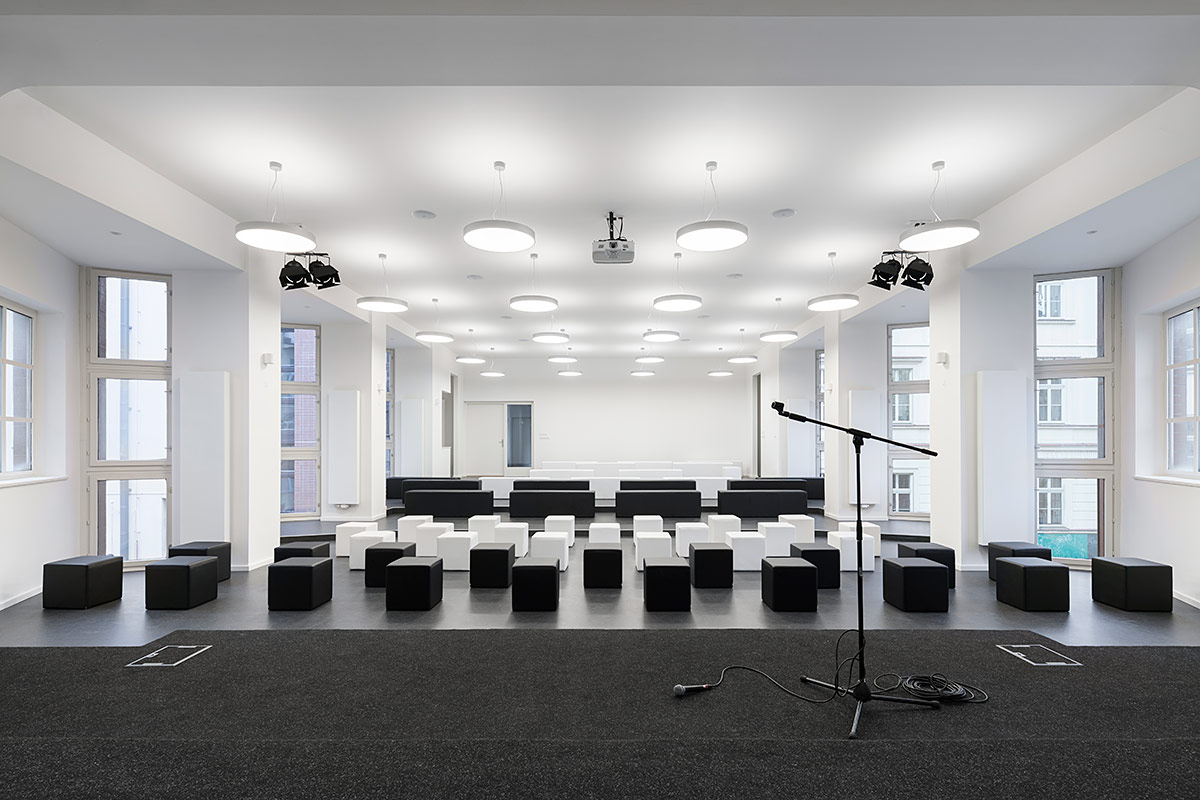 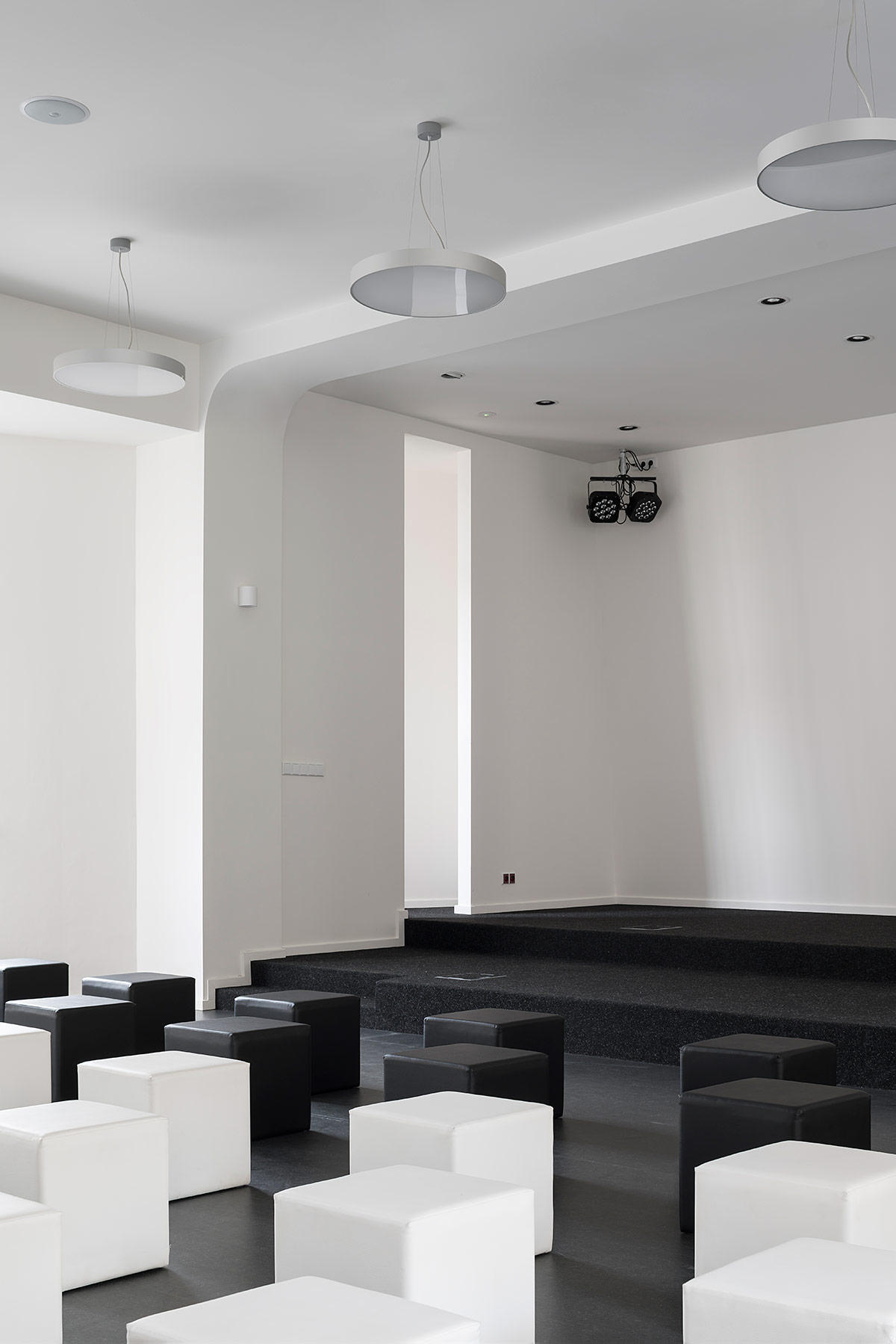 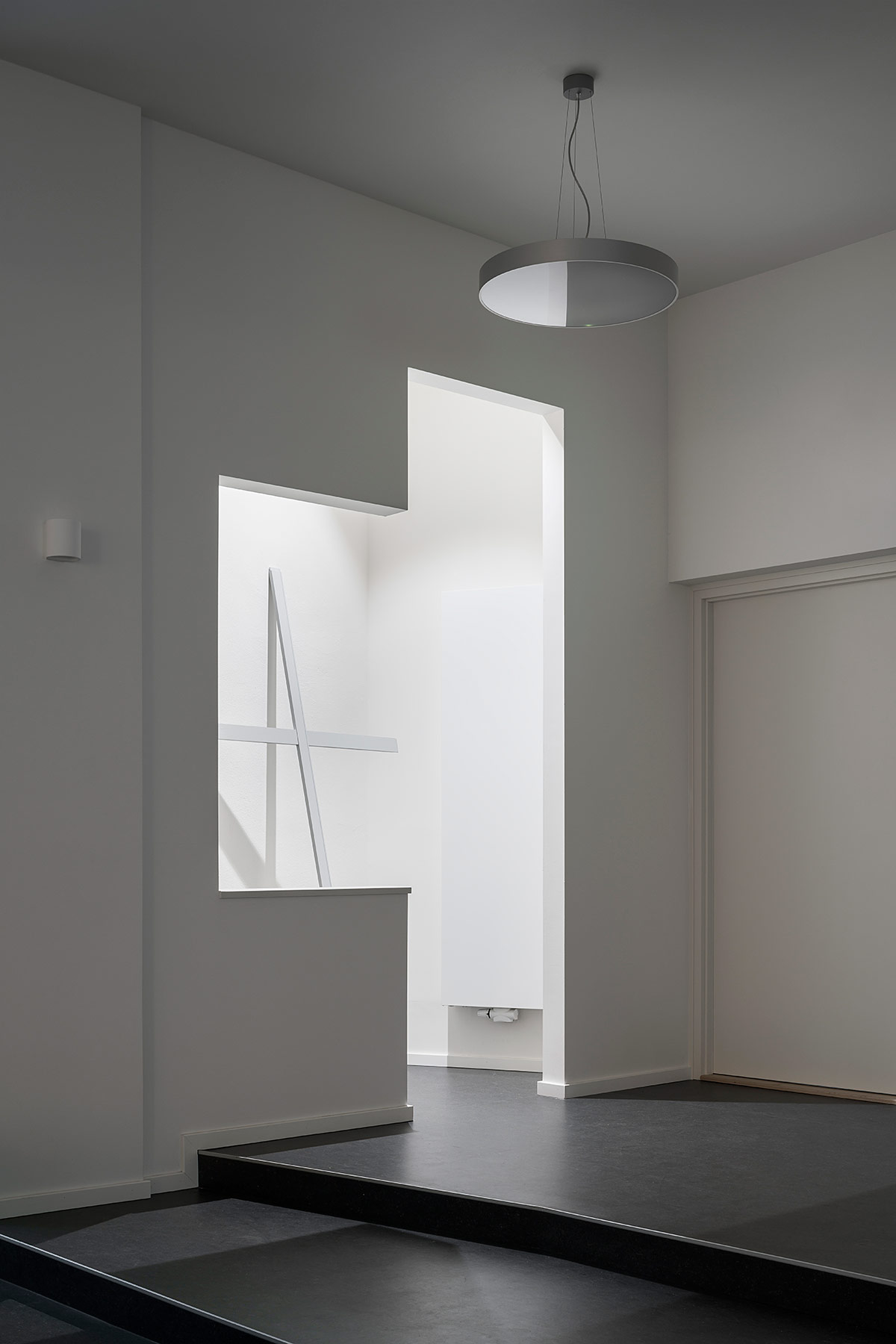 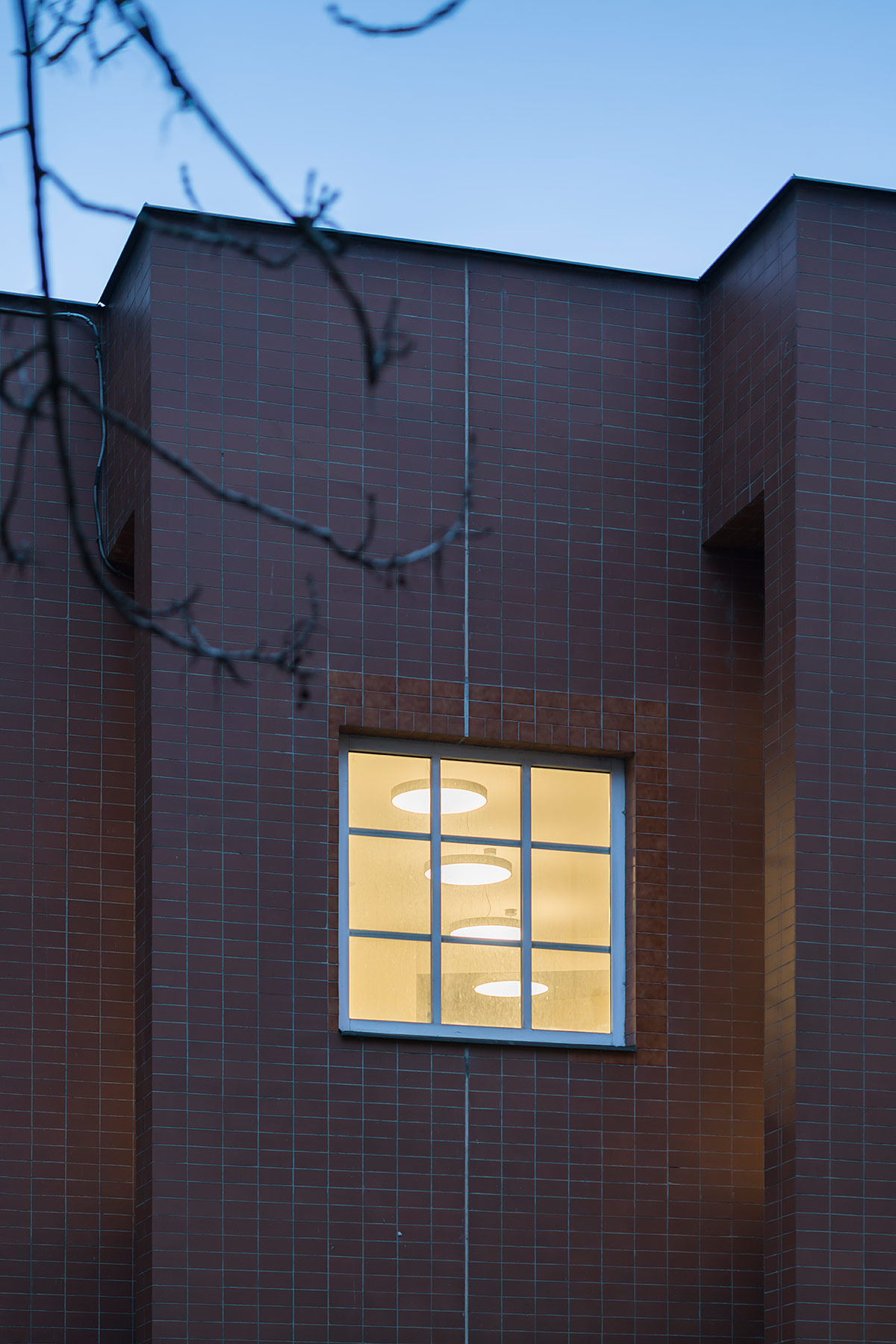 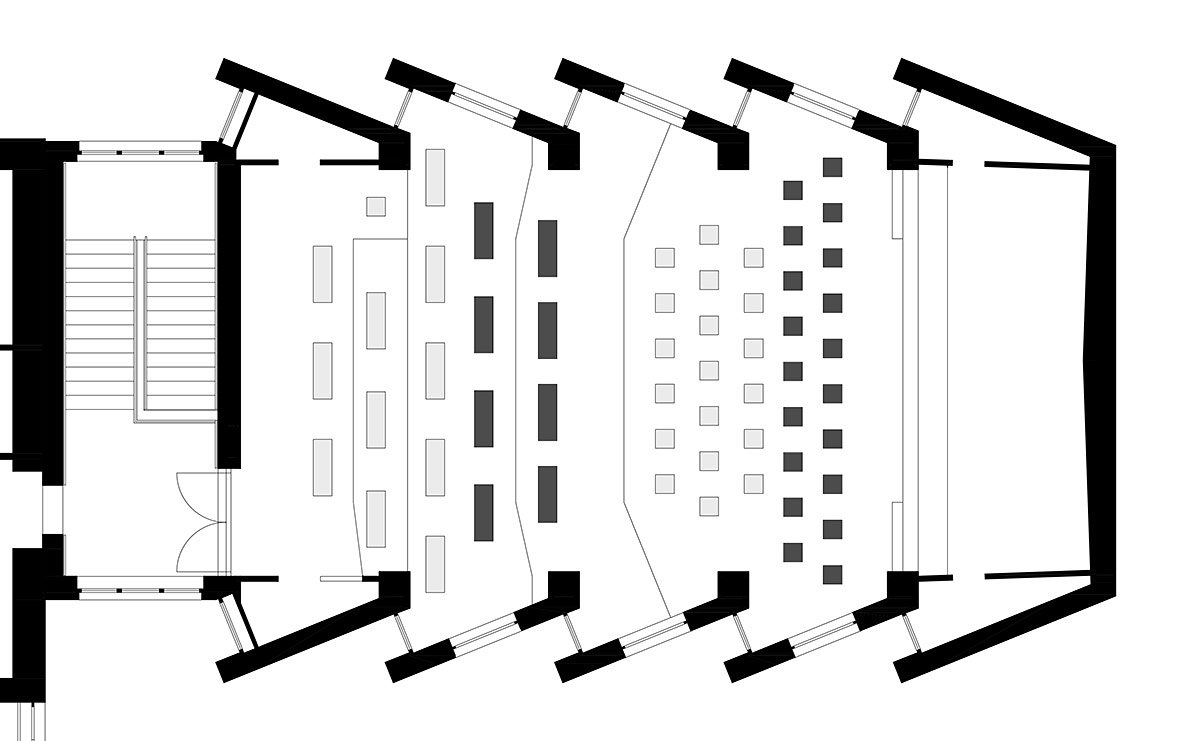 On the Built-on Gallery with Lantern The Silent House